That's just the way it is

Let's see, so the Knicks trade Steve Novak, Quentin Richardson, Marcus Camby and a draft pick for Bargnani and he isn't even on the floor in the last seconds as a decoy? And of course down by a point the ball goes to Anthony with mere seconds left and he missed the shot. 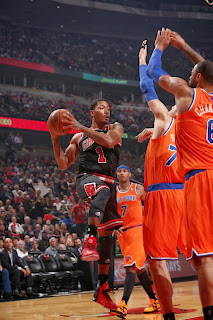 James Dolan is Jerry Jones and Carmelo Anthony is Tony Romo. That's just the way it is.