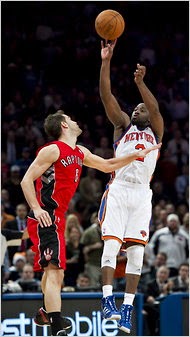 Can someone tell me how that makes Jose Calderon ten times better than Raymond Felton? I'll wait.

I know you people are happy to see Raymond go and so am I but when you call yourself a professional sports talk host and you make such statements you look like a pure idiot. And you know exactly who you are.

I can provide a link to a game video showing Raymond destroying Jose Calderon. Can anyone proved a video depicting Calderon getting the best of Raymond?

If there is a God

Michael Kay is a big mouth punk who slurps Carmelo Anthony every chance he gets. 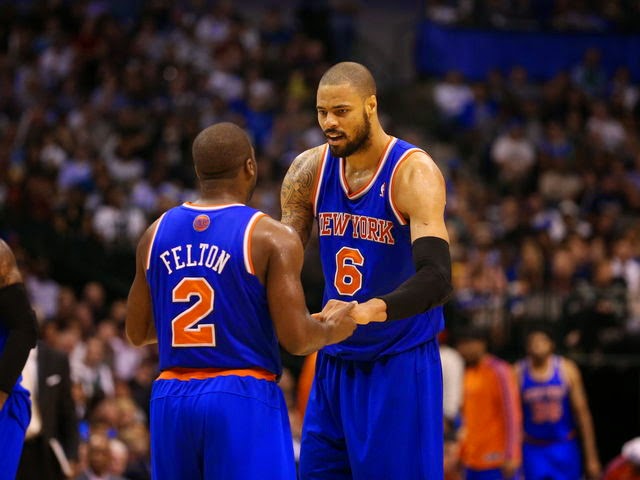 I hope that Anthony stays in New York and moves in with him.

Kay has conveniently forgotten that when both were healthy Raymond and Chandler were critical to that 50 win season two years ago. Now they are bums and albatrosses around Anthony's neck according to Kay.

Kay has conveniently forgotten that Chandler broke his leg and Felton had a serious thigh injury in addition to facing his marriage failing and his wife's lawyer setting him up for a gun charge. How could either have had a good season you idiot?

I am sure that the acquisition of Dalembert, Jose Calderon and Larkin has Roy Hibbert and Lebron James turning in their retirement papers because they are so scared of the Knicks now.

I can only hope that other players on the Knicks whom I like personally are traded to teams as good as the Mavericks so they too can play on winning clubs and Melo resigns with the Knicks because the Knicks can't lose enough to satisfy me.

The only thing that would make me happier than seeing the Knicks not make the playoffs again would be seeing Chandler, Felton and Nowitzki hoisting the championship trophy next year. If there is a God.....
at 7:20 PM No comments:

Chris Broussard of ESPN is reporting that Lebron James has decided to opt out of his contract and field offers from other teams. 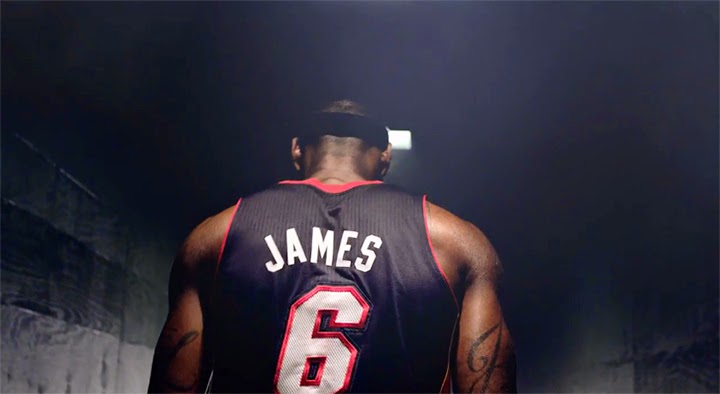 What does it mean for the Knicks? Absolutely nothing.

Lebron could very well re-sign with the Heat but I think that Dwyane Wade is going to opt in to his current deal looking to make that 22 million which might just force Bosh or Lebron to leave.

However it works out in Miami I know one thing for certain.

Go back to sleep Knicks fans and don't even fix your mouths to make up any fantasies about Lebron James playing for New York. Not gonna happen.

Good luck Raymond and stay out of trouble

According to today's New York Times Raymond Felton has been given a deal to pay a $5000 fine and serve 500 hours of community service with no jail time in return for a guilty plea to his illegal weapon possession charge. 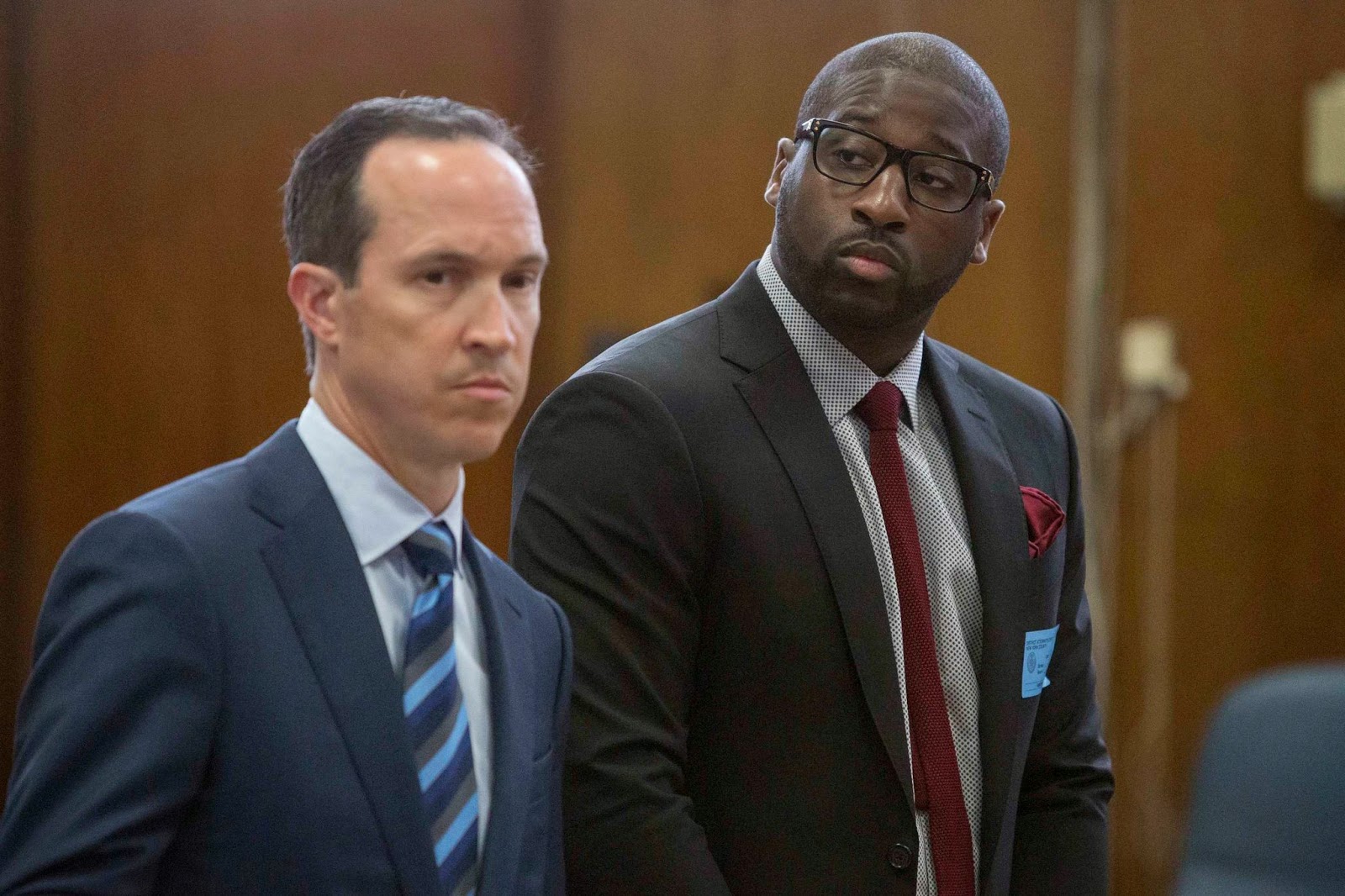 As many of the regular readers know I begged Raymond in a previous post to force the District Attorney's hand and not plea to anything. Hopefully forcing the burden of proof on the state of New York so hard that they either drop the case or offer a none jail deal.

I highly doubt that his lawyer took my advice but the outcome is the same. No jail time for Raymond, he can get rid of that rat of an ex-wife of his and now focus on getting in shape for the next team he gets to play for since Phil Jackson was so hell bent on getting rid of him that he announced his desires to trade Raymond the day after Steve Kerr told him to take his coaching job and shove it.

Raymond can't guard the statue of liberty but neither can Prigioni however, the city is not clamoring for Jackson to get rid of the old Argentinian. I wonder what that's about?!?

Raymond clearly had more on his mind last season than dealing with the band of misfits called the Knicks and had a so so season.

Good luck Raymond and stay out of trouble.

Today ESPN reported that Carmelo Anthony handed papers to opt out of the final season on his contract to the Knicks and the league. Below is how most Knicks fans reacted on the talk shows this afternoon.

However, the Knicks fans with half a brain are reacting like this.

If Anthony returns, God help you

As I watched San Antonio totally dismantle the Miami Heat yesterday I was wondering if both New York teams weren't simply watching to taking notes. More so the Knicks and especially Carmelo Anthony. 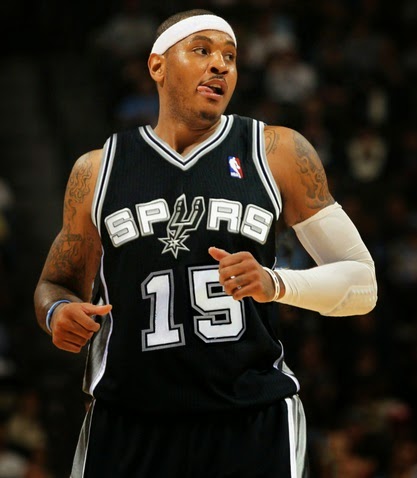 The Spurs displayed what it means to have a superior team and how easily it could defeat one dominate player.

For years Anthony has been fed a great deal of misinformation about the importance of his game. The rhetoric went to extreme heights when he arrived in New York City.

Before Anthony arrived every idiot in the city with any tie to the Knicks lauded what a major upgrade he was to all the previous talent and that the Knicks were no closer to competing for a championship when nothing could have been further from the truth.

The reason why I started this blog was to voice my frustration against the low basketball IQ of the team which naturally resulted in losing during the regular season and the playoffs.

When Dolan traded a bunch of selfless underachievers for a guy who would wind up going through three veteran head coaches all because he refused to give up the isolation game which got him so much money I basically knew that my days as a fan of the team were over.

Even if Popovich had miraculously become the coach of the Knicks he too would have been unsuccessful because Anthony's game always takes precedence over solid team basketball and that was exactly the way that James Dolan and his sycophants wanted it.

I remember when Jeremy Lin had the audacity to wave Carmelo off his familiar spot and attempt to run the offense as instructed by then coach Mike D'Antoni.

Carmelo's disgust and subsequent rants and ravings by the likes of Stephen A Smith and the rest of the talk show hosts in this town told you all you would ever need to know about the only thing that mattered in this city pre-Phil Jackson.

The only hope for Knicks fans of seeing anything remotely close to the level of team play that the Spurs displayed is seeing Carmelo Anthony take his talents else where and the Knicks buying or trading for draft picks. I think they could actually get a first rounder this season and a second rounder next for Tyson Chandler.

For now all Knicks fans have is NBA league pass where they can watch the Spurs play real basketball over and over again.

Derek Fisher has just been named the head coach of the New York Knicks. 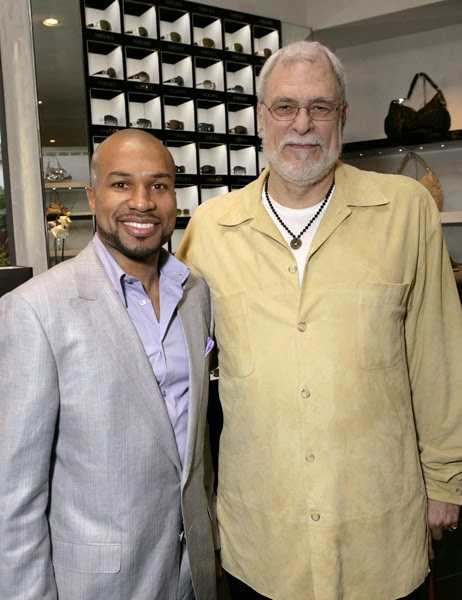 Now the interwebs are all abuzz with Knicks fans wondering what this will mean if Carmelo Anthony stays or goes.

Relax guys as I explain this pretty easily.

Your fucking team sucks, you have no draft picks and few players that anyone wants to trade for which means whether or not Anthony stays your season is going to suck, AGAIN.

Three seasoned head coaches couldn't get Carmelo Anthony to move without the basketball what in the hell makes you think that Anthony will now with an unproven and brand spanking new head coach? Are you that delusional?

If Melo does opt out will the triangle offense resurrect Amare' Stoudemire's game and make the Knicks a winning ball club?

Who is going to play point on your new triangulated team? Old man Prigioni? Raymond Felton who might be in jail?

The only thing that could help everyone would be for the Knicks to determine a salary that the Bulls or Golden State is willing to pay Anthony and do a sign and trade for picks and cash. Yeah, the same kind of deal that fucked the Knicks in the first place.

We know that will never happen so look for more seasons of losing to come with your new little head coach.