I am so delighted JR Smith is a Knick

When I checked the stats of this blog I notice a very sharp spike in hits. I guess people were expecting me to go in on JR Smith because he was caught with weed in his system and suspended for five games by the NBA. 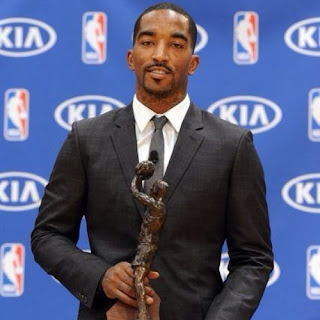 I actually think its great. Five games in which he isn't helping his team to win could be the difference at the end of the season for my team, the Brooklyn Nets, to actually win the division and get home court advantage.

So no, I will not curse out JR Smith for being irresponsible. He is an adult and the Knicks problem now and not mine as a fan of the Nets.

I won't curse James Dolan for circumventing his basketball executives and signing Smith initially unbeknownst to them, he has every right to screw the team he owns.

I refuse to yell at JR's surrogate daddy Mike Woodson for not giving him enough tough love, I frankly don't give a damn.

I am delighted JR Smith is a Knick and I hope that he remains one for his entire professional career because I know that his behavior will always spot my team at least five games in the standings. Thanks JR and I know where you can get that fire Diesel when you need to re-up, Holla at your boy.