Now get the fuck out!

The first three and a half quarters was played by both teams like the seventh game of the NBA finals. 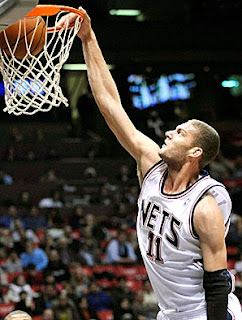 Although both teams attempted to play down the significance of the game during the week it was clear at the tip that this might be the biggest game both teams played this year.

This was not simply about the top two teams Eastern conference doing battle. Oh no. This game was played to send a message of supremacy in the city and a prelude to what might happen in the playoffs this year.

In the last two minutes of the fourth quarter Raymond Felton took five of the Knicks six shots before making his last a most fatal offensive play of the night.

The Knicks, took a time out after Lopez missed the second of two free throws to plan their play to take the lead.

We all knew what that plan was, stop screwing around and give Carmelo the ball which is what happened and Anthony missed the shot.

The Nets secured the rebound and called time out with 3.6 seconds remaining.

The Nets came out of the huddle only to receive the ball in the back-court. Deron Williams rushed the ball up and tossed almost a half court shot and missed which took both teams into over time for the first time this season.

In overtime with the game tied at 86 Stackhouse dropped his fourth three point shot of the game which seemed to shake the Knicks at their foundation because they couldn't match the Nets afterwards.

The Knicks had to resort to playing hack a Net after they got down by seven points late in overtime and it didn't help.

To the Knicks I say, you lost in the Barclay Center as I said you would before the season began, now get the fuck out. Brooooklyn!

You can put money on it

After talking all that shit about how much better the team is minus Jeremy Lin and that Felton is so much better it seems that the Knicks were nothing but sound effects. 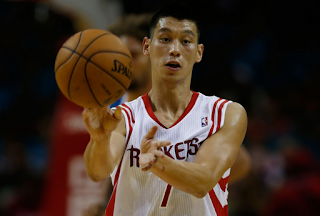 The Houston Rockets were able to look like the most dominant team in the west the way they were able to get layup after layup and dunk after dunk on the Knicks who were manhandled in the paint.

The Rockets shot 52% from the floor and scored their highest point total of the year.

Even Toney Douglas hit shots tonight and he's not even a professional basketball player.

It might be time for Woodson to pull a Bill Belichick and stop these guys from talking to the press and let their play speak for them. They are going to look rather foolish when they fall back to .500 and they will, you can put money on it.

I know that Woodson can't wait for the return of Amare and Schumpert because both were sorely needed tonight.

Stick to the plan

This season has been a very nice start for the Knicks. Woodson had them playing selflessly on offense, hard nosed defense and good ball protection. 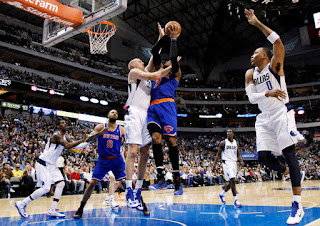 Even Carmelo Anthony realized early on in a couple of games this season that being a ball hog was not the best strategy to win but that wasn't the case tonight.

Anthony fell back into his old bad habits of forcing up bad shots, turning the ball over himself seven times and forgetting to play help defense.

It really is not anymore complicated than that but hopefully Carmelo and the gang will remember every night the formula for success they began the season with and not get caught up in allowing overbearing personalities on the team or on the opponent's to get them out of it.

This team will be as successful as they are disciplined and stick to the plan. We shall see.

The NBA needs to investigate

The first half of the Knicks - Grizzlies game was a physical, close and hard contested match. It did get a little chippy towards the end of the second quarter when Bayless and JR Smith got into a little pushing match but nothing that wasn't expected with the hard natured play of the quarter. 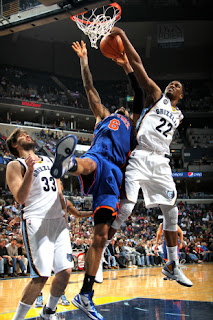 However, coming out of half time this punk crew of referees decided that such physical play was no longer tolerated but only on the part of the Knicks.

I would love to attack the Knicks for giving up or not caring but the refs were hell bent on making sure that the Knicks big men including Anthony got into foul trouble to ensure a win by Memphis.

Yes I said it the fucking refs were dirty and gave Memphis the game.

Now it didn't help that the Knicks couldn't make a three ball and got very frustrated and boisterous and began collecting technical fouls but when you aren't allowed to play defense when the other team can push you around you simply don't have a chance.

The Knicks fought valiantly in the fourth quarter to take what was a 21 point lead down to 10 points behind Memphis but the hole that the officials dug for them was much too deep to climb out of.

I am sure that before the road trip the Knicks would have been more than happy to take a split and fully expecting the winning streak to be over but when the referees are clearly cheating I don't blame them for being pissed off.

I am no longer a Knicks fan and would have enjoyed watching them lose but not by cheating, not poor officiating mind you but referees cheating to the point where I think the NBA needs to investigate that crew.