Kawhi Leonard to the Knicks for KP?!? 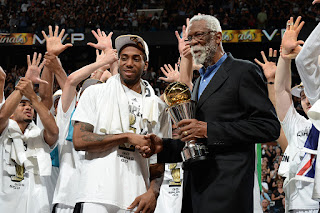 Frank Isola reported a few days ago that the Spurs are so in love with Kristaps Porzingis that they'd be willing to trade Kawhi Leonard to the Knicks for KP and the Knicks first round draft pick.

If Isola reported it I don't how true it is but let's say he knows what he's talking about in this story.

The Spurs are dying to get rid of Leonard and feel that shipping him off to New York, where they'd hope that he'd lose for the rest of his career, would be very appealing to the Spurs and coach Pop. But I have one question for the Spurs.

If you love KP so much why do you need the Knicks first round pick also?

I'll tell you why.

They believe, and recent history certainly does back them up, that the Knicks won't be shit next season even with Kawhi so not only would they get a seven footer of their dreams they'd get the pleasure of seeing Kawhi suffer and a lottery pick.

No Pop, Leonard is in his walk year so if I were running the Knicks and couldn't get Kawhi to agree to a new long term contract before the trade I would have no part of this "deal". And you damn sure wouldn't be getting a first round pick too.

But if we could do a one for one deal and Kawhi wants to be here I'd make that deal so fast I'd reverse time.

There is no reason in hell why the Knicks would do that trade and the first round draft pick unless James Dolan is really that fucking stupid. Well, we'll see. We know for certain that Isaiah is still holding him by the waist and whispering into his ear on all matters Knicks.

It's going to be an interesting off season at the Garden after all.
at 3:06 AM No comments:

Fuck this shit I'm out of here 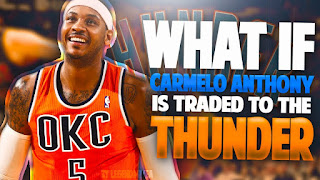 It took Carmelo Anthony one season of playing around other talented players and sacrificing his game in order to play team ball to finally say 'Fuck this shit I'm out of here'.

According to Marc Berman in today's New York Post, Carmelo Anthony stated in his exit interview after the Thunder were bounced out of the playoffs that he is no longer willing to come off the bench and sacrifice his game like a good little soldier.

Anthony attempted to qualify his statements by saying that he is playing for legacy now, not necessarily money. That he has a lot left in his body and his game and is not suited to be sitting on the bench or sacrificing his shots for the betterment of the team.

No shit, I told you idiots how selfish this fool was years ago.

You guys attempted to say that Anthony was just being a ball hog because he didn't have any players around him during his time with the Knicks. You argued that Anthony had to always take the first and last shot no matter what.

So what was the excuse for him this past season Carmelo fans? He was on the same team as Michael Westbrook, an mvp candidate and Paul George who will be the most coveted free agent after the playoffs.

Anthony was chastised for his laziness and inability to play defense and box out which he attempted to do more of but that kind of effort takes energy away from his jump shot which he certainly didn't like.

In game 5 against the Utah Jazz, Carmelo was on the bench when the Thunder rallied back from a 25 point deficit proving that he has just been in the way all year. I think this epiphany for Anthony during that run was the fuel for his argument with assistant coach Maurice Cheeks over returning to the game.

This past season Carmelo could not be a blackhole stopping all ball movement or jacking up whatever shot he wanted because for the first time he played with a point guard who was not only a bigger star than him but most importantly the true leader of the team.

Even with 28 million dollars guaranteed to him next season Anthony's bitching about all the sacrifices he's made coming to Oklahoma City and playing this way and he's not sure if he wants to continue in this role. All because in his mind he has so much left to give.

This fucking guy is incredible.

I am not surprised at his feelings and that he is still the selfish prick the Knicks acquired for a decade of futility. I am shocked that it took him this long to say it publicly.

"I'm not sacrificing no bench role" said Anthony. Of course you're not.
at 12:08 AM No comments:

Now you get it? 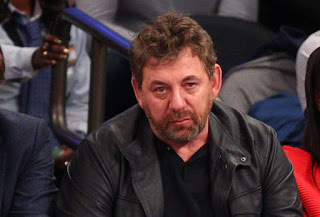 Now wait a fucking minute. What the hell did James Dolan say the other day?

It took you damn near a decade and that god awful Carmelo Anthony era for you to finally get it through your fucking head?

What did you think Donnie Walsh was doing?

What do you think I have been saying since the inception of this blog?
Now you get it?

After a book comes out detailing how Isaiah Thomas was behind the scenes working behind Donnie Walsh's back to get you to intervene and screw this team?

I hate this guy so much. Its because of him that I can never cheer for the Knicks again. The divorce is final and he got the team.
at 3:53 AM No comments: