Since Woody has been coaching the Knicks I have yet to see a single stretch of minutes in which Raymond Felton and Amare Stoudemire shared to floor together while Carmelo Anthony was getting a blow.

The few minutes Amare did play tonight he looked lost and confused because he was on the floor with Anthony. We know two objects cannot occupy the same space at the same time but Woody can't seem to get that through his fat head. 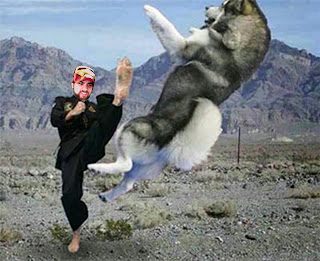 It seems that this ball headed idiot of a coach refuses to allow Felton and Stoudemire do for five minutes what they were so successful doing when D'Antoni was coaching this team.

It's almost as if there is some conspiracy to not see those two actually be successful on the floor without Anthony because it would reveal how unwarranted the Anthony trade ever was. LINK

I do know this for a fact, Andre Bargnani did not get his first rebound until 7:57 of the third quarter.

In the fourth quarter when the Knicks were fighting to get back into the game, yes they were losing to the Bobcats for most of the game, Bargnani was nowhere to be found. In fact he didn't play a single second in the final period. Where is all that seven foot stretch awesomeness fans were promised when the Knicks made this trade?

With Woody's sucky coaching and the one dimensional offense it will be a miracle if the Knicks make the playoffs and Woody keeps his job.

This Knicks actually lost to the Charlotte Bobcats tonight in Madison Square Garden. At least Charlotte fans can get 50% off Papa John's tonight.