The Pain The Pain! 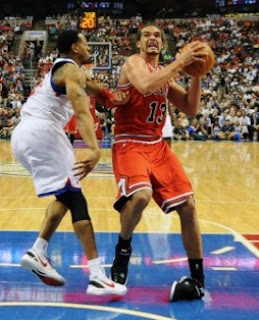 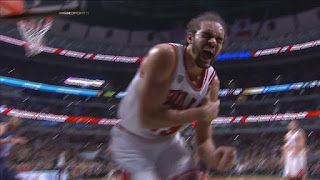 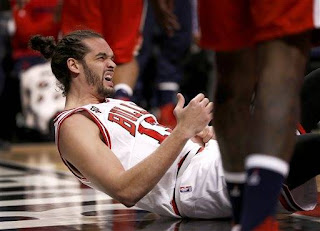 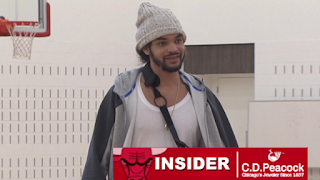 Youdda thought that the moment Joakim Noah was scheduled for arthroscopic surgery on his knee, which will force him to miss the remainder of the season, Phil Jackson would have really put the pressure on to buy him out of the remainder of his contract. Well,  apparently dat ain't happen.

Phil you can coach Zen but you can't GM Zen.

An NBA GM has to have the backhand of a coldhearted pimp not some one seeking enlightenment.

Oh the heart of the Knicks fan. LOL

Knicks fans, you guys are FUCKED!

If what I am hearing is true the Knicks are in such a state of disrepair there is no turning this thing around for at least the next six or seven years. 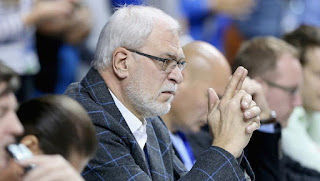 Apparently Phil Jackson had a deal on the table that would have dealt Derrick Rose to Minnesota for Ricky Rubio and held out for a second asset back from Minnesota. Minnesota refused and at the last minute the Knicks dropped the demand but it was too late to make the deal official this afternoon and it fell through.

Now why that is so awful is because there were other deals on the table for the Knicks that were contingent upon moving Rose and none of them got done because Phil Jackson is incompetent. Good lord.

For the first time in years I actually feel sorry for Knicks fans. You fuckers don't stand a chance for any kind of prosperity and fun at the Garden until sometime around 2024. Yes some time in the future.

Some of you will say that standing pat isn't such a bad deal, you dummy that's the Stockholm Syndrome talking.

Ricky Rubio is no great player but he would have been under contract next two seasons and his game is centered around passing the ball to the open man which is exactly what Porzingas needs to develop. Not standing outside watching Rose slash to the hoop to create his own shot or seeing Derrick differ to Anthony instead of him when KP is wide open.

Remember when I reported during the training camp Rose saying at the end of the game it will come down to himself or Melo to make a shot. He never had helping KP in mind as a teammate.

However, now the Knicks are going to fuck around and watch Rose leave this organization having gotten nothing for him exactly the way they let Brook Lopez leave. And if you don't think Lopez walking wasn't a big deal I have two words for you, Yoakim Noah.

So yes that is a bad thing because Rose is going to want a max deal to resign with the Knicks, he said so himself before the season began. How has giving out max deals worked out for you so far under Phil Jackson?!?

If Rose walks and the Knicks have all that cap room how are they going to recruit players who have options after James Dolan sicced his meatheaded goons on Charles Oakley in front of the entire world which resulted in every black NBA star tweeting their disgust for Dolan and the Knicks.

Knicks fans, you guys are FUCKED! I'll burn a candle and eat a slice of cheese cake for you.