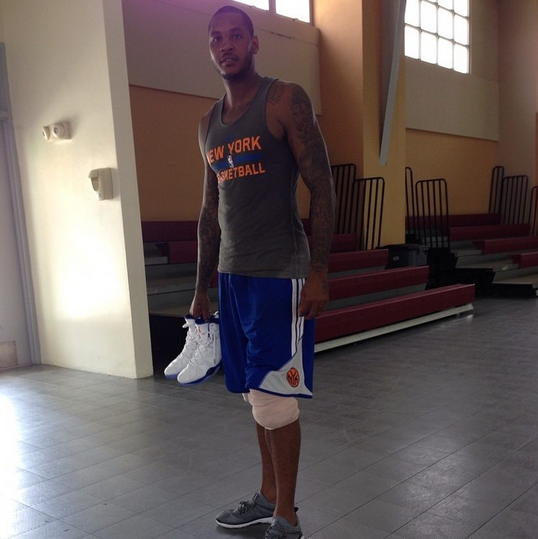 This week Carmelo Anthony showed off his new bod, the result of a very low carb diet.

It is thought that the weight loss will help Melo hold up with the constant running and cutting of the triangle offense.

There's also the case for losing weight made by his nickname which had been Marshmelo the past three seasons.

I don't know if this no carb diet will help him take his game to the next level but we all know that his no pass diet sure hadn't.

I get to laugh at all this 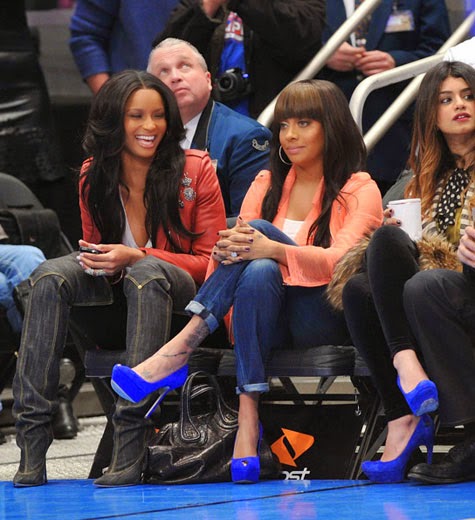 Of course the New York media is trying to put a positive spin on this move but they are really grasping for straws by trying to put lipstick on this pig.

First of all, the Knicks most pressing issues are at the point guard and center positions. This trade doesn't address either.

In fact it makes things worse because Jeremy Tyler would have actually played big minutes at center this season.

During this year's summer league session Tyler got comfortable quickly passing from the elbow in the triangle and consistently hit wide open ten to fifteen foot jump shots.

Who will Outlaw and Acy take minutes from? Cleanthony Early? Carmelo Anthony? Andrea Bargnani? Amare' Stoudemire who barely gets to see the floor now?

Acy barely averages more than three rebounds and 2 points per game. Travis Outlaw who will be 30 by the start of the season averages 5 points and only 3 rebounds a game. They do play defense though so that should be new for Knicks fans to see.

However the Knicks do get a 2nd round pick in 2016 to look forward to.

What a fucking joke. I am so glad I am not a fan of this team, I get to laugh at all this.

Phil Jackson is giving Pat Riley a run for executive of the year already.
at 8:05 PM No comments:

Paul George and the risk is to great.

I spent the weekend listening to every one's opinions regarding whether or not NBA players should participate in the national team after Paul George's gruesome injury. 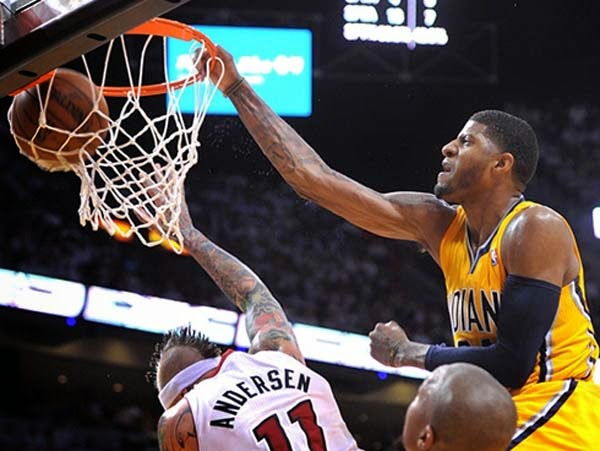 Fans are naturally saying no because they don't want their star player risking injury and therefore making the coming season meaningless for 82 games.

Many of the talk show hosts and sports reporters are saying that the genie is out of the bottle and we can't go back. that freak injuries are just that, freak injuries and life happens.

Both sides have their points but there is a third side to this that I haven't heard a single genius media type mention in the past two days and that is financial loss that George is now facing even if he does return to the game.

Paul George is in the final year of his contract. We all know that players in their final contract year usually put up their best numbers to get a new max contract if possible.

Unfortunately George will not be able to play during his final contract year and just what GM is now going to give him a max deal unsure if his leg will ever be the same again let alone if he'll be able to play at the same level. Paul George has pushed millions of dollars off the table by participating and getting injured and this leads me to my point.

No player in the final year of their contract should ever participate in exhibition games or the national team. The risk of weakening their financial future is to great.

If Paul George had two years left on his contract he could come back next season at the same rate and prove that he is back 100%. That is not an option for him anymore and I would never advise anyone I cared about to take such a risk.
at 7:55 AM No comments: