Get used to it

The Knicks were beaten by a better team tonight but there are some alarming things to realize about the game of so called veterans at this stage of their careers that makes you concluded that they will never be winners. 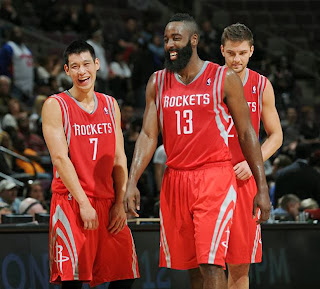 Dumb fouls in the final two minutes aside, when will Carmelo Anthony learn that you stick with what works and what was working tonight was dribble penetration and then passing the ball once or twice for the best shot.


Anthony was not the sole reason why the team lost the game especially with Metta World Peace allowing Lin and Harden to make three pointers in his face.

It would have also helped if Prigioni and Felton could stay in front of people but they aren't going to get any quicker with their lateral movement any time soon so why not continue to attack the Rockets in the only way that they could not stop which was ball movement and dribble penetration.

Well Knicks fans it's going to be just like this for the next two years so get used to it.