What a fucking shit hole of a franchise. 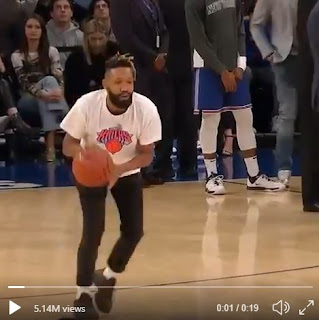 You mean to tell me that a Knicks fan came out on the court, hit a half court shot and his prize was a bunch of scratch off lottery tickets?!?

You gotta be shittin' me.

What a fucking shit hole of a franchise.

And the Nets will never win the city?!? As soon as KD laces'em up its fucking over for you guys.

I just found out that the guy who hit the shot received $1,000 dollars in scratch off tickets and won $500 bucks. Why not just give him the fucking thousand dollars?!? Bunch of idiots.