Phil Jackson has been fired 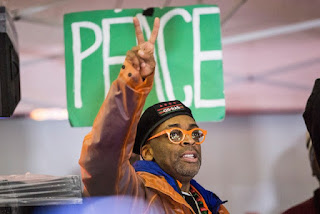 This morning James Dolan had Madison Square Garden security stuff Phil Jackson's yoga mat, 12 inch seat cushion and his Alzheimer's medication into a box and sat his shit on the corner of 33rd Street and 7th Avenue.

Phil Jackson has been fired.

Don't get too caught up asking questions like: Why didn't this happen before he drafted players and invited free agents to summer league who could run an offense, The Triangle, that won't even be run?

That would be a waste of time, its the Knicks way as you should know by now. Just thank your deity or broccoli, whatever you pray too, that Phil Jackson will no longer be making ridiculous decisions for the New York Knicks.

It would be wise to sign Joe Dumars who knows how to put tough teams together quickly and is still respected throughout the league. That would be too smart so it probably won't happen.

The most recent rumor is that Masai Ujiri, yeah him, is being looked at to replace Phil. I guess if you can't beat him you hire him is Dolan's mantra.

Rejoice Knicks fans, until the next disappointment at least. Remember Carmelo Anthony is still a Knick with a record of 80-166 since he has been here so don't think a championship is on the horizon.

The best you can hope for is that a strong team president will come in with a plan and some balls.
at 11:03 AM No comments: 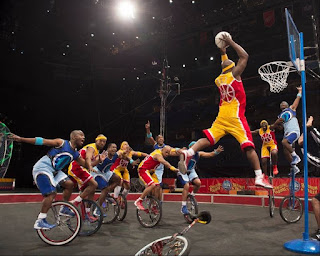 On the cusp of tomorrow night's draft I thought I'd share some thoughts regarding the New York Knickerbockers.

Now that he knows that no one in the NBA is going to pay super star prices to a point guard made of peanut brittle he wants to stay with the Knicks.

Can you blame him when you have a Phil Jackson handing out money to broken down players as if he's some kind of millionaire junk man collecting broken NBA antiques?

Maybe Phil can find the point guard of the future tomorrow night. I know the Knicks are drooling over De'Aaron Fox from Kentucky but he is not going to last to be selected at the 8th spot in the draft.

The current hot rumor is that the Knicks are entertaining the idea of trading Porzingis to the Boston Celtics for the third pick. That would allow the Knicks to get Fox and a forward to be the pillars of the franchise for the next 10 years.

KP's lack of professionalism at the end of the season, displayed by not meeting or taking calls from Knicks management when the season ended, might have been enough to tick both Dolan and Jackson off enough to show him the door and move on. Especially since it looks as if Anthony isn't going anywhere.

Just the Knick's luck though they will make the trade and the Lakers will take Fox with the number one pick and Lonzo Ball falls into their laps.

Ball, with all his flaws, could wind up a great player. The question would be can Dolan and Jackson  deal with his over the top father?

Then again since Ringling Brothers went out of business last year Alonzo Ball's circus act might just be the type of show Dolan would be happy replacing them with.

The Knicks are in horrible shape from top to bottom, I would really hate to be a Knicks fan. This team is going to suck for many seasons to come.

Tomorrow night's draft might not be very deep with talent but it will be deep with intrigue.