Have the Knicks found gold in Knox? 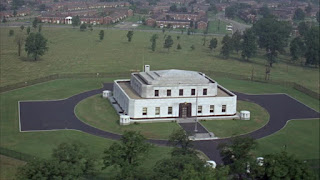 Fortunately Trae Young was acquired by Atlanta in a trade with the Mavericks taking the Knicks off the hook of doing something really stupid.

Unfortunately, the following two picks removed Mo Bamba and Wendall Carter off the board. Both of whom were no brainer can't miss prospects.

Then we were left worried anticipation for the Knicks selection over the next 8 minutes because it meant that the Knicks "braintrust" would be forced into thinking. As New Yorkers we know how much bad luck the Knicks have when they think.

I was hoping that the Knicks would take my fifth option which did fall to them. Robert Williams from Texas A&M was there for the taking. It was not to be however.

Michael Porter Jr. had been hiding his medical records from various teams meaning he has something to hide which will be problematic for the future of his career.

You know what that means.

With the 9th pick in the 2018 NBA draft the Knicks select Kevin Knox SF from Kentucky.

This season he will be the focal point of the team without out Porzingis so he'll have any and every shot he wants.

He might even be in contention for rookie of the year with the amount of points he'll have the opportunity to put up.

He should be a solid pro in about ten years when he's playing with the Cavaliers or the Celtics. Is he the second coming of Bernard King? Only time will tell.

Have the Knicks found gold in Knox?