The Formula for the Knicks to Win NOW! 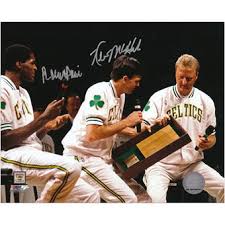 I stayed away from critiquing this team because Carmelo Anthony was finally gone and I thought the Knicks were going to have a chance to begin turning things around.

Well  after half a season there is one thing we know for certain and that is the Knicks can beat the Nets. Other than that they kind of suck.

It would have been nice had the Knicks gotten an entire season out of Porzingas and finally made the playoffs but I fear that KP might not be durable enough to last an entire season and that dramatically changes how the brain trust must think about assembling this team.

It seems to me that the only way to stop the likes of the Golden State Warriors and the Houston Rockets is an older version of basketball.

A version of basketball that slows the game down, plays defense first, second and third and has big men who can play the post to wear out a Draymond Green and Kevin Durant, Ryan Anderson and Clint Capela if they are ever going to compete for a championship any time soon.

Enough of Porzingas running around like he's a two guard or believing that he is the next Nowitzki. In order for the Knicks to win a championship before Joe Benigno retires from WFAN KP must become the next Larry Bird and the front office must look for the next Kevin McHale and Robert Parish either in free agency or the draft.

Who will be the future point guard between Ntilikina and Mudiay will sort itself out when we find out who is the smartest point guard not the most dynamic and athletic.

I am not certain if Hornacek is the coach that can take a reconfigured team built on size, defense and slowing the game down but if he can't he has to go.

The Knicks certainly can't grab and hand check like teams of yesterday but remember for the old Celtics it was about playing smart, moving without the ball and big men who knew how to play defense and position for rebounds. The exact formula that can in my opinion neutralize today's mega-teams.

The Knicks can very easily put such a team together very quickly with KP sliding perfectly into the Larry Bird role if you can brainwash the Dirk Nowitzki foolishness out of his mind.

That is the formula for the New York Knicks to win now. Let's see if they'll do the smart thing.
at 10:11 AM No comments: