The real Knicks showed up

And the Knicks lose again.

Anthony Davis, of the New Orleans Pelicans,  fractured a bone in his hand early in the first period in Madison Square Garden and the Knicks were able to play inspired basketball in his absence. 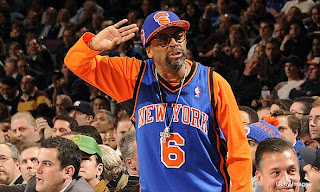 Anthony Hardaway Jr. had his best night as a pro hitting open shots which were the result of ball movement on the offense. The likes of which hadn't been seen by this team since the days of Mike D'Antoni.

Raymond Felton was a huge factor in the first half with his timely dishing and swishing.

Even Carmelo Anthony got into the act finding the open man and passing the ball for the better shot.

But we know the Knicks by now. They can't handle prosperity.

The Knicks get amnesia in the fourth quarter when they are playing well and resort back to that same old game which now has them 3 - 13 with nine straight losses.

Playing good basketball for four quarters is an impossibility for this group because of he whose name shall not be mentioned.

Those wacky Knicks fans showed up at the Garden tonight and acted as if this was finally going to be the night that their loyalty and devotion would be rewarded. But it was all for naught. The real Knicks showed up for the last half of the fourth period and handed the Pelicans a victory gift wrapped for the holiday season.