Mike Isola, hit yourself in the head

This fucking idiot has had it in for Amare Stoudemire since Amare's initial return to the team late last year. 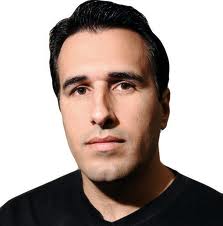 Today, this "journalist" had the audacity to publish a column about some conspiracy theory that Amare Stoudemire is secretly controlling Mike Woodson and Jim Dolan and underhandedly finagling his way back into the lineup using some secret plot that only Amare and Mike Isola know of.

This idiot Isola really has to be stopped.

What offensive scorer do the Knicks have on the low block that can put pressure on Hibbert and West with his quickness and draw fouls forcing them to sit early? Mike I'm talking to you fucker, who do they have other than Amare Stoudemire who can do this?

You mean to tell me that Woodson needs to be tricked by Amare into taking advantage of his skills for a few minutes each night by Amare himself?

Isola you showed yourself today to be the fucking joke of a reporter I always knew you were.  Go and hit yourself in the head with something very very hard.