They don't have a chance in hell

With five minutes remaining in the third quarter Carmelo Anthony picked up his third personal foul. A smart coach would have immediately sat Anthony down and replaced him with Amare Stoudemire. 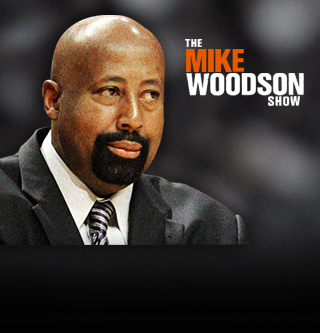 Coach Woodson on the other hand leaves him in to pick up his fourth foul only a minute later and then takes Anthony out for Stoudemire but also removes Raymond Felton.

Raymond Felton and Amare have a history of playing the pick and roll extremely well together but it seems that Woodson is hell bent on not playing these guys together.

It's almost as if he is afraid of seeing them successful together. I have my theory on why this would be the case but I'll keep my conspiracies to myself for now.

Even at 10:40 of the 4th quarter when Woodson sent Felton back in he at the same time pulled amare and replaced him with Anthony although Amare hit a three point shot at the end of the 3rd quarter and got credit between periods for a put back shot. You decide for yourself what's going on with his substitution patterns. Like I said, I have my theories.

With Amare back on the bench and illness keeping JR Smith from giving offensive help the Pacers pull away from the Knicks and never relinquish the lead again.

The problem with the Knicks is Woodson's inability to offer any type of offensive wrinkle to force the Pacers out of their defensive comfort zone.

Tonight Woodson had the services of Amare Stoudemire and either didn't have the intelligence or the guts to feature him and Raymond together just to see if they could at the very least force the Pacers big men into foul trouble.

If the Knicks can't give Amare opportunities to help they don't have a chance in hell of advancing.

There are actually people who feel that it would be foolish to play Amare because it would throw off the "chemistry" of the team and now is not the time to play Amare into shape. Are they fucking insane. Unless you can get scoring from the low post there isn't going to be a tomorrow.

This team must play and be coached with desperation because they are in desperate times. All hands on deck now especially when the genius at the helm wouldn't even play Copeland who as they say "has been contributing during this run". That contribution remark is the argument for not playing Amare by many of the "experts" in New York.

This town has turned completely against Amare including his coach but the fact is they aren't going anywhere without him, like it or not.

I didn't give the Knicks much of a chance in this series anyway but I had no idea it would be this ugly for them and it's not going to get any better.