I hope you are happy now

Again the second unit played hard, swung the ball, made shots and played defense including the rookie Harrelson.

Unfortunately for the Knicks the other rookie was in the starting unit and instead of competing against the Grizzlies he decided to compete with Carmelo Anthony for the most jacked up shot attempts. 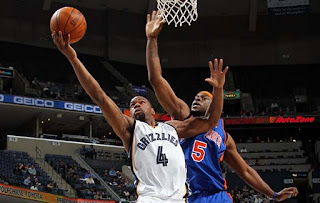 But you know what I don't blame the other rookie, he  wasn't a consistent shooter in college so there was no reason to believe he would be one in the pros. No, I blame Mike D'Antoni who has allowed the other rookie to play this way. Mike needs his ass kicked on the way out the door and immediately.

With Carmelo Anthony's selfish brand of basketball, which is why the Knicks will never win while he is in a Knicks jersey, and Mike's tomfoolery of a system the Knicks will continue to be a joke and a first round playoff bust.

To all you asses in the media who demanded the trade for Anthony no matter what it took well you fuckers fished your wish. I hope you are happy now.