The Wizards are better than the Knicks.

The answer for last nights loss is simply that the Wizards are better than the Knicks. It's not anymore complicated than that. 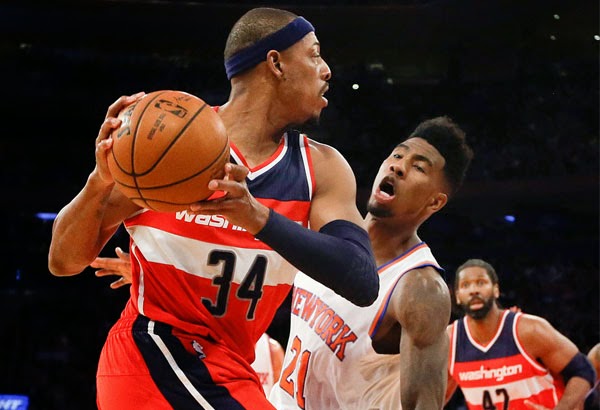 Once the Wizards tightened the defense against New york in the third quarter the Knicks fell right back into the routine of isolation basketball looking for Carmelo to bail them out instead of sticking to the system and every man stepping his game up.

Did Phil Jackson really get rid of Raymond Felton because he was a bad influence on the team when JR Smith is still elbowing guys in the nuts?

JR will be suspended for last nights shenanigans you can bet money on it leaving the Knicks short handed and will cost them games in his absence.