Do you know why?

When the Knicks fell behind the pistons by 18 points I was certain that the game was over, especially with Carmelo Anthony's poor shooting night. 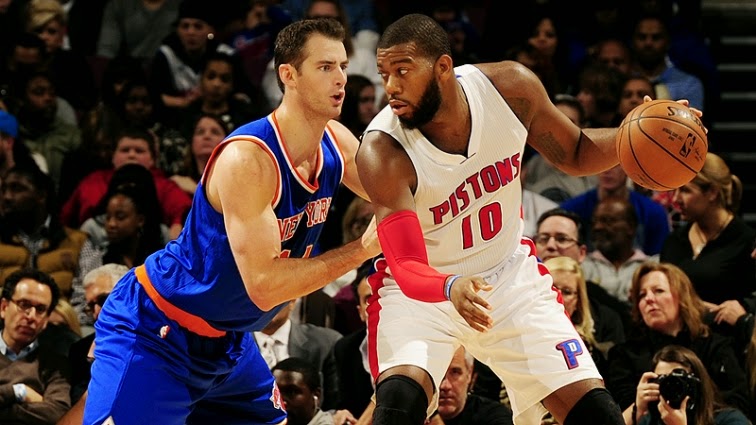 However, a little hope did spring when the young Knicks took the floor and fought back to get close enough to tie the game.

Unfortunately, the Knicks didn't have a second dynamic scorer on the floor who could make baskets and draw fouls late in the game and do you know why?

Because that other dynamic player who might have helped the Knicks win last night was suspended for his attempt to crack the nuts of Glen Davis Jr.. That's right the league got wise to JR Smith's antics against the Wizards and suspended his ass for last night's game.

JR's roster spot could be had by someone who is going to be on the floor when needed but what the hell do I know.

One more thing. What the hell is up with this fantasy that you guys have with Jose Calderon? He's in his mid thirties, has been on damn near every team in the league and was coming of the bench last season in Dallas. If he was as freaking great as the local media is playing him up as the Knicks would never have had a shot of getting him.

Calderon is a middle aged player at the tail end of his career he ain't the second coming of Isiah Thomas so stop it already.

We're not even going to discuss Bargnani the great stretch four these same media types had Amare' Stoudemire losing his playing minutes to when he was traded here.