The worst team in the NBA

It's official, the Knicks are the worst team in the NBA by far. 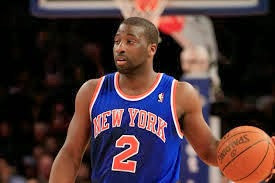 The Sacramento Kings had lost seven straight before coming into Madison Square Garden which has become the place that turns teams bad fortune to good.

I have defended Raymond Felton for years and I can defend him no more he is the worst starting point guard in the NBA. Keep him as a back up if you must be he has no business being on the floor when games are on the line.

Woodson must go. There is no reason for him to be the coach for another single second.