Dick Bavetta needs to be sat down

I enjoy watching the Knicks lose as much as the next guy but I've got to be honest. Dick Bavetta needs to be sat down by the league because the game is clearly to fast for him to see what's going on. 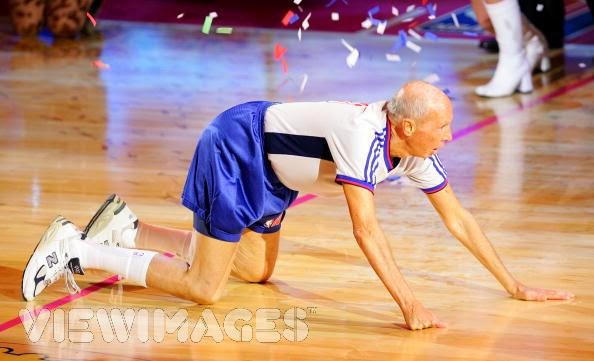 Whether it was phantom blocking fouls, balls called out of bounds that clearly weren't or allowing the one sided aggressiveness in favor of the Orlando Magic Dickie boy is out of his league at this stage of his career.

It is time for the NBA league office to step up and make certain that he not only is he not officiating any playoff games but that this is his final season as well. The man is embarrassing himself and the league and costing teams games.

The Knicks did more than enough themselves by allowing the Magic to get back into the game no thanks to fathead Woodson removing Prigioni and killing the flow at the beginning of the 4th quarter which was enough to lose the lead and allow the Magic to take the game into double over time where they eventually finished the Knicks off.

Hopefully when the Knicks host their playoff viewing party at Clyde's Wine and Dine Dick Bavetta is enjoying hot wings with them.