I didn't respond to the idiotic signing of Tim Hardaway Jr. for 71 million dollars because I knew there'd be more bullshit coming from the Knicks. 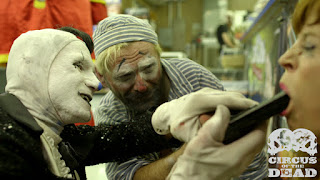 Well, it just went down today.

David Griffin, the former Vice President of Basketball Operations with the Cleveland Cavaliers, has pulled his name from consideration for the Knicks job.

I can't give you the title Griffin was being interviewed for and apparently the Knicks couldn't give it to David Griffin either.

The fact that Steve Mills was the person interviewing the man who should be his boss spelled nothing but trouble from the beginning.

And that ladies and gentlemen is precisely what is wrong with the Knicks.

The problem with the New York Knicks is the band of sycophants that James Dolan has surrounded this team with who don't know shit except how to fuck up whatever plans the current President/GM is attempting to do to turn this franchise around to save their own asses.

David Griffin is reported to want the power to bring in his own people. Which if you remember was the first spat that Phil Jackson had with Dolan but Phil was being paid so much money that he simply got along to get his paycheck. Big mistake Phil.

Griffin was not about to get Jackson's money or title apparently so the ability to choose his own staff was the show stopper in the negotiations and I don't blame him. Dolan's minions must be gotten rid of period.

Trainers, medical staff, coaches and all manner of advisers, executives and scouts must be cleaned out of the Garden if you fans ever expect to have a chance of winning anything.

The dysfunction is with Dolan's inability to fire his pals. So to Joe Dumars or anyone else planning to interview for the "position" of running the Knicks stay away from them at all costs. The money, your sanity and reputation are not worth it.

And for anyone who attempts to tell you that you can't give up your allegiance to this disaster of a team and find another to root for let me ask you this: Are you a fucking adult or not? Who the fuck can tell you who to cheer for?

How long are you going to sit there and allow these sick clowns to abuse you?

Leave this bum ass team alone until Dolan is gone, today if you know what is good for you.
at 5:34 PM