I had to wait almost 24 hours before logging today's post. 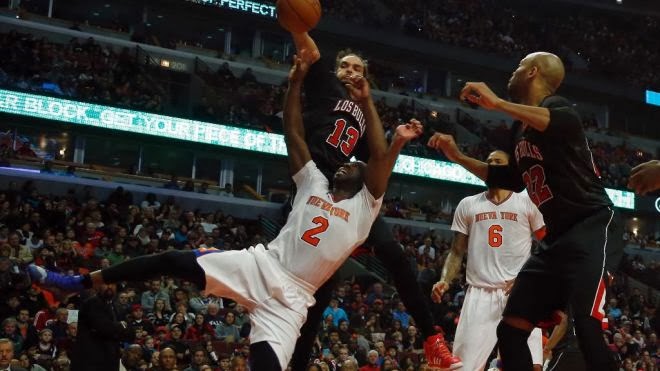 I was actually sitting on the john this morning thinking about a very realistic lineup the Knicks could have right now had it not been for the meddling of James Dolan.

Brandon Jennings at the point, Wilson Chandler at the two, Gallinari at the three, David Lee at the four and Jordan Hill and Mosgov sharing the center position. That team would wax the hell out of the current Knicks Anthony and all.

That team would also be clearly the third best team in the East and well over .500.

What a freaking disgrace this franchise has become.

Now the talk is who might replace Mike Woodson and will Carmelo Anthony stay.

If Anthony decided to stay for the extra 30 million he could get paid, after taxes and agent fees that 30 million will actually be around 10 million dollars.

Anthony has to ask himself right now if playing for a team that has a genuine chance of winning a championship is worth 10 million to him in real dollars. Ask Patrick or Charles Barkley if they'd give up that much for a ring.

As for Mike Woodson, let's face it, it doesn't matter who the next coach is. If Dolan isn't going to shut up and get out of the way of a real GM and coach then his meddling will just crush whatever any new coach attempts to do to turn this garbage barge around.

The ultimate problem with this team is ownership and sycophants.

I am waiting for reports of a fist fight in that locker room to top this season off right.