Last night the Knicks got crushed by a Clipper team minus Chris Paul. To hear from all the Knicks fans and sports talk show hosts this game was supposed to be the beginning of a nice run of weak teams that the Knicks could take advantage of including the Nets on Monday. Well, what happened? 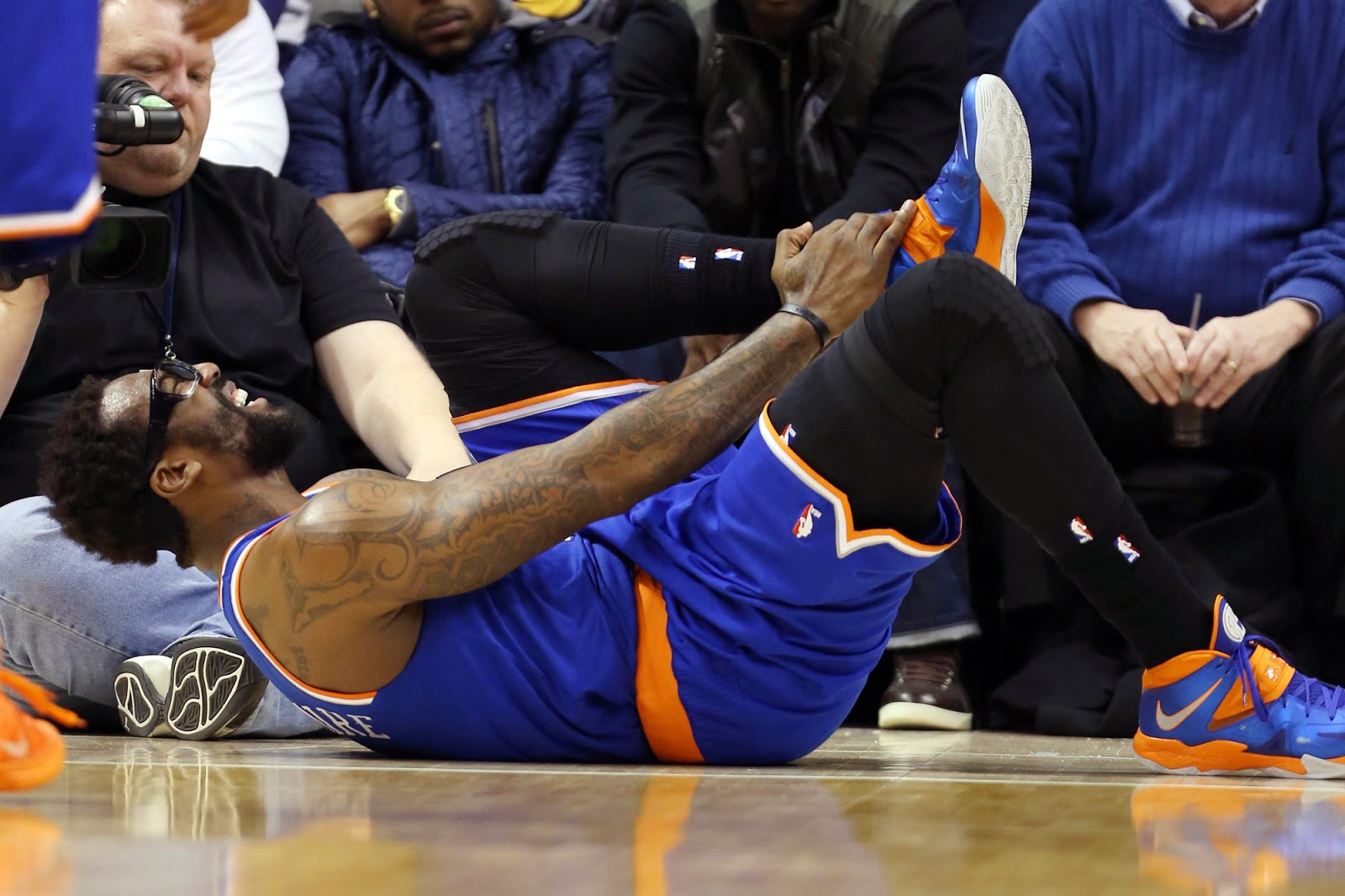 I wake up today to hear all the crying and gnashing of teeth because Amar'e and Kenyon Martin were hurt last night and are out for at least two weeks. However, I don't understand what all the panic is for.

Isn't Amar'e the same guy all of you said had nothing left and was an albatross around the neck of this franchise. Just last week you were yelling at the top of your lungs about how much better this team would be without him around. Well you fished your wish and now you can't live without him? Give me a fucking break.

Let's see your brilliant GM go out and sign someone to a ten day contract who according to all of you would be an upgrade over Amar'e anyway.

Kenyon Martin wasn't going to help you on the score board so finding a big body for two weeks in the D league shouldn't be that hard should it?

And besides Tyson Chandler is back to hold down the middle you guys should be fine. Maybe last night was the beginning of a 9-1 run.