Head and shoulders above the Knicks

I didn't watch last nights loss to the Indiana Pacers for two reasons. 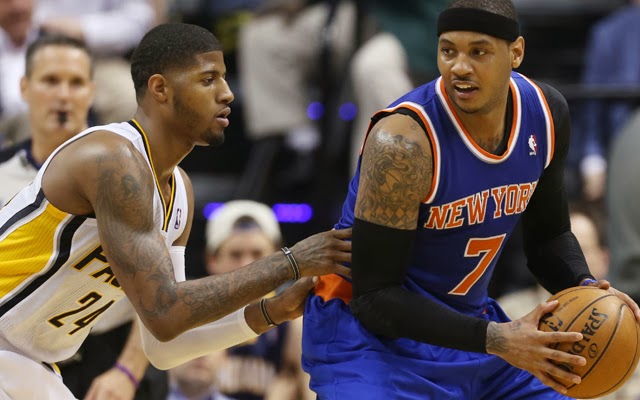 The first, I was just very tired and wanted to relax and get some early sleep.

The second reason was because I knew they were going to lose miserably and I could always watch the game again on NBA League Pass.

Before the playback after work all I heard from Knicks fans and so called sports talk hosts was how bad Raymond Felton was and is such a disgrace. Well I can say that they all were full of shit. Raymond was the only aggressive player the entire game. Did Raymond make some mistakes and turn the ball over, yes because the rest of his team didn't match his hustle.

We all know that Raymond is not an all star point guard but I really am sick of all the left over Jeremy Lin fans knocking the guy every chance they get. Stop acting like a bunch of fuck boys and root for the guys you have. What other choice is there?

As for why the Knicks lost? It was because the Pacers slowly built an outstanding team, allowed their young unbridled talent stay with in a system for several years to mature and looked internally for stars to develop.

Now this team is head and shoulders above the Knicks in every facet of the game including professionalism, coaching and toughness. But you guys have Carmelo Anthony. LOL