A Beast at the Point

Yesterday, June 3rd, the Knicks aged point guard Jason Kidd decided to retire after 19 years of playing in the NBA. 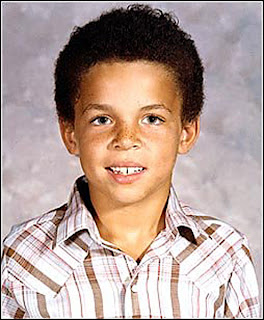 When J.Kidd was young he was a beast at the point and was only second in my opinion to Magic Johnson when comparing pass first point guards and his run with the New Jersey Nets in the early 90's pulled the team up from being the doormat of the NBA to back to back appearances in the NBA Finals.

I can only hope that the current owner of the Nets speaks to Jason about signing a one day contract so that he can officially retire as a Net and we can retire his jersey and raise it to the rafters in Brooklyn.

It's being reported today that J.R. Smith has decided to opt out of his last two years believing that the Knicks will offer him a new larger contract. Between Shumpert and Copeland the Knicks will easily make up J.R.'s erratic 18 points per game. J.R. is making another huge mistake.

I believe the Knicks GM Glen Grunwald did back flips out of bed this morning when he heard the news because J.R. gave the Knicks a way out of dealing with his foolishness and an opportunity to couple his money with Kidd's retired salary to acquire someone like O.J. Mayo.

Mayo would be a instant upgrade over Smith and can assume some point guard duties as well. He'd be the perfect fit for the Knicks and would allow the team to focus on big men in the draft and as free agents.

The Knicks are going to have to deal with the Bulls, the Pacers and the Nets for years to come, all three teams have formidable big men on their front lines.

What am I saying? The Knicks will probably fuck this opportunity up too and resign JR Smith.