These fuckers simply refuse to box out

The Knicks lost this game for the same reason why they will be quickly kicked from the playoffs. These fuckers simply refuse to box out and those easy points were the difference between winning and losing. 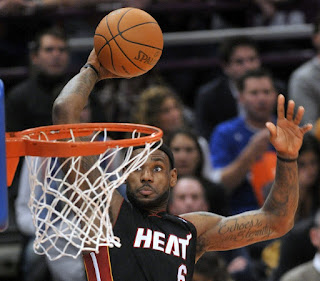 Everyone of the Knicks seem hypnotized on both ends of the floor when a shot goes up instead of putting their bodies between the man they are defending or who the are being defended by. Once they have a body on their man each player should then turn to the rim to see where the ball is coming off.

But these guys are so poor fundamentally I don't think if anyone told them this that they'd be able to remember to do it in the heat of the battle.

If I was the coach everyone who gave up a rebound that resulted into an easy put back for the Heat would be gauntlet running before hitting the showers. But that's just me.