I thought he was a better coach than this 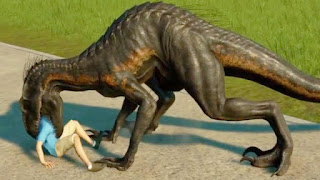 For three quarters the Knicks did their best to finished 2020 with a win against the Toronto Raptors however, the team's glaring weakness again brought defeat to the franchise.

The Raptors backcourt of Kyle Lowry and Fred VanVleet dominated the Knicks guards in the 4th quarter and handed the Knicks team its third loss of the season.

Neither Barrett or Payton had more than four assists and the combined for 26 points for the game. That is usually not enough to win against the average team and certainly not enough against a team the competes for championships.

There was no help from Alec Burke tonight for the Knicks who was out with a sprained left ankle. He is however expected to return to play tomorrow.

Frank Ntilikina had zero minutes tonight and was not reported to be injured. I have no idea what his lack of play is about.

Thibodeau's short rotation is still a mystery to me but you'd think he'd use everyone available if the team is losing. I am still trying to figure out his philosophy but I have to be honest, I thought he was a better coach than this.