Payton Place is a Terrible Neighborhood 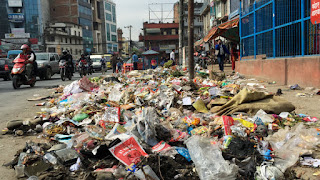 The Knicks played relatively well for the first quarter and a half of last nights game but it was apparent into the second quarter that this team had two blaring issues that would not be overcome tonight.

The first issue was the trash play at the point guard position. And Second were those god awful Brooklyn Nets Basquiat uniform rip offs. Even Clyde Frazier chimed in on the knockoffs saying that he had thrown away better.

Elfrid Payton, starting at point tonight in place of the injured Immanuel Quickly went a consistent 0-6 shooting last night but it was his single assist that really crushed the Knicks.

RJ Barret didn't help matters much either missing 13 of his 15 shot attempts. He has the green light to shoot since he is the "star" the team is attempting to develop but he would have been more help to the team by focusing on rebounds and playing hack an Embiid to make himself useful tonight. Ben Simmons on defense ate Barret up all night.

If I were a Knicks fan I'd tweet to Barret and implore him to get some time on the practice court with Bernard King but I am not so I am going to hope that he continues to suck and have no moves in the paint against the likes of Simmons.

With Obi Toppin out with a calf strain and Mitchell Robinson too light to fight, too thin to win and too dumb to run, the Knicks had no answer inside the paint for Joel Embiid.

Julius Randle had a solid game with 25 points, 7 rebounds and 3 assists but tonight it was as if he was playing one against five with no help from his teammates.

When asked about the poor shooting tonight, Coach Thibodeau stated that the team took quality shots but they just weren't falling. I think he has set the bar too low for the definition of quality in my humble opinion.

As awful and short handed as the team was tonight at the point guard position I did find it surprising that Frank Ntilikina only got two minutes of run. I quite frankly would be insulted and would demand a trade come Monday morning if I were him.

Frank, don't just sit there being disrespected by this coach and sorry ass team. You are going to have to take it upon yourself to save your career Frank. Thibodeau is not looking out for you. Go west young man.