Nothing to play for

The Knicks gave it all they had yesterday against the Raptors. 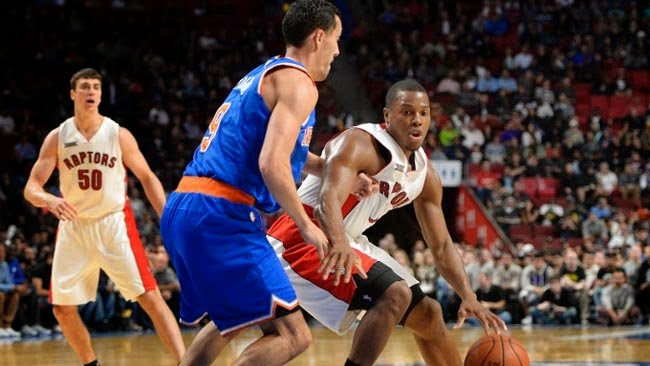 They scrapped the triangle, they allowed the Anthony to shoot freely, Amare played a lot of minutes and they played well enough to take the game into over time.

However, the tired old legs of New York were just not enough to keep up with the youthful and energetic Raptors in overtime.

So tired were the Knicks in OT that they didn't score a single basket, only a couple of free throws. That Knicks fans is the definition of your team.

Nine Knicks players will have contracts expiring after this season and know they won't be resigned in order to clear cap space for Phil Jackson's New Deal program to revamp the Knicks. These players therefore have no interest in learning the triangle and nothing to play for.

Carmelo Anthony's body is beginning to break down before your eyes and nothing can be done about it. You didn't get this guy fresh out of college or on his second contract. Phil Jackson's hands were tied because I am certain that if he had his way he would have allowed Anthony to walk and not given him a new contract.

However, that would have made what Dolan did to destroy this team's future just to secure Anthony an admission of guilt that Dolan would never want to have to discuss publicly.

It will be years before the Knicks are competitive and for some weird reason, I thoroughly enjoy that.