There is no hope

Again the Heat toyed with the Knicks tonight and still got the victory going up 3 - 0 in the series. The Knicks never had this team on the ropes despite the illusions that might have been cast by the sloppy and lethargic play from Miami. 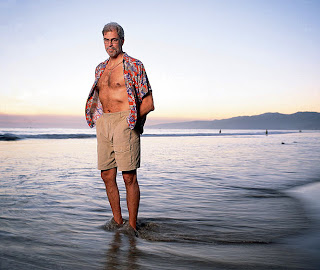 The Heat knew that the Knicks would be fired up and expending a lot of energy but no matter how hard the Knicks tried they'd still be limited to the few scoring options they have. So the Heat let them shoot their wad and then put it on them in the fourth quarter.

Lebron James scored 17 points in the fourth to show his dominance and seal the deal.

The Heat didn't need to exert anymore energy than they did because they knew that the Knicks couldn't handle the whuppin' they'd dish out when motivated to get the game over.

Miami's defense blanketed Carmelo Anthony which resulted in his poor and inefficient effort. Sunday's game will be much of the same so just prepare for the season to end with the Knicks going 12 years without a playoff game victory.

But your leader Jim Dolan traded any and all hopes of help from future draft picks for Carmelo Anthony so you Knicks fans need to suck it up and get used to the next several years being exactly like the last two.

There is no hope, no light at the end of the tunnel.

Don't for a second believe that Phil Jackson is going to come out of his yoga pose and ride in here to rescue the Knicks on a skateboard.

Phil Jackson only coaches teams with lots of star power and the formula for instant playoffs success. Just add milk and stir with him being the milk.

That ain't the Knicks so you can be damn certain that the zen master won't be the next Knicks coach so just dislodge that crap from your minds now.