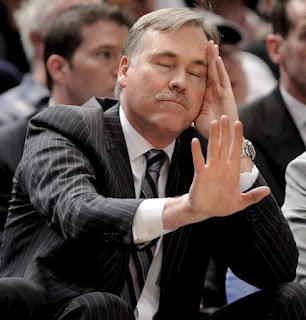 Well, something had to give.

This mess of a franchise had to make a change and it is reported the decision was mutual. Mike D'Antoni has resigned from the head coach position of the New York Knicks.