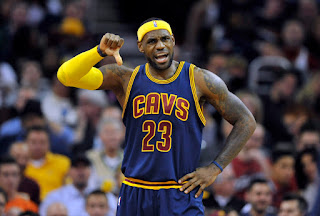 The Knicks were 4 of 21 in the fourth quarter tonight. Of those 21 shots 5 were taken by Carmelo Anthony and he only made 1 of them. Afflalo missed all four of his.

It seems as if the only formula the Knicks have is bringing old Anthony sidekicks from his Denver days whom he is comfortable allowing to shoot in the 4th quarter other than himself.

Sounds like a winning plan to me. Look at all the rings they got in Denver doing that. I hear Von Wafer and Allen Iverson aren't doing anything these days maybe Phil can make room on the roster for them too.

If the biggest stars and highest paid players go a combined 1 of 9 in the fourth quarter against good teams you need to look no further for a reason why they Knicks can't finish games at home and why they will be a middle of the road mediocre basketball team all year.