Phil, get it together. 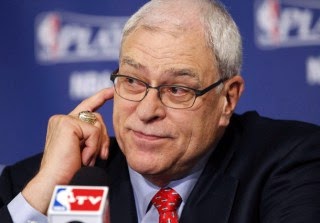 I find it odd that on the day that rumors are circling about the possibility of Derek Fisher coaching this team and Steve Mills taking meetings with Scottie Pippen that it would leak out that Phil told Raymond Felton that he plans to trade him in the off season.

Really Phil? You couldn't put out a better diversion than that to take the focus from your failures so far as the president of the team?

This is New York Phil you need to do better than that and I think Raymond's first court date on gun charges in a couple of weeks is more pressing to him than the two years left on his guaranteed contract.

That was bush league Phil. Get it together.
at 5:38 PM