Another loss on Woodson

The Knicks played an entertaining game but not a strategically intelligent one which is why they lost on Christmas day. 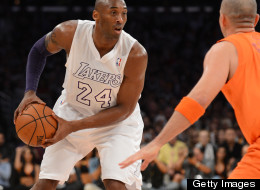 Coach Woodson needed to put pressure on the Lakers front court to get Gasol and Dwight Howard in foul trouble. However, the only big man he attempted to get the ball to, Tyson chandler, is limited to simple pick and roll moves which the Lakers were fully aware of and cut off.

The Lakers front court needed to be thwarted by a quick big man who could catch the ball in the low post and force Howard and Gasol to move their feet and play defense with their hands which would surely have drawn fouls. The only man who could do that was Chris Copeland who got no time off the bench when the game was on the line.

This inability to slightly alter the offensive game plan is strictly on coach Woodson who I can only assume was so focused on not having Amare to attack the Lakers front court that he completely forgot the promising Copeland. Chris would have at least given the Knicks a fighting chance.

That loss was on the coach, again.