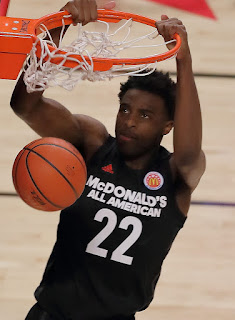 It has been reported in the NY Post that the Knicks have signed the second round draft pick Mitchell Robinson to a three year 4.8 million dollar contract.

I think Robinson might be the sleeper of the draft and I could easily see both him and Kevin Knox competing for NBA rookie of the year.

They will get lots of playing time with Porzingis out of the way.

Good job with the signing but it's not going to help them win the east now that Kawhi Leonard has been traded to the Toronto Raptors for DeMar DeRozan.