As you have noticed I haven't put up any posts in quite awhile. Well, that's because there is no way in hell I am going to sit here and write 60 of the same articles about how pathetic the Knicks are. Just not going to do it.

I am motivated to write something today because of how significant a day of demarcation this is going to be in future Knicks history.

Tonight will be the last time Carmelo Anthony is seen in a Knicks uniform this season. 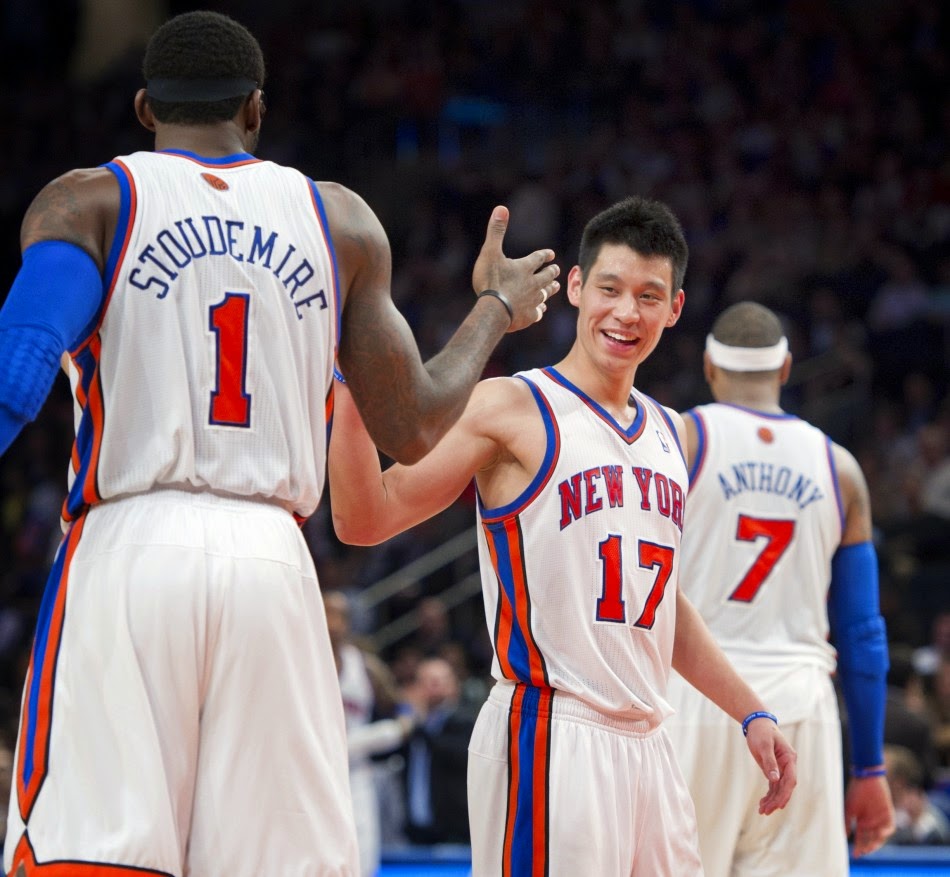 As I told you months ago when his knee began to bark that Anthony would prolong the surgery just to make an appearance in the All-Star game. Selfish? Yes, but look at who we are talking about.

Also, today is probably the last day, or weekend that Amare' Stoudemire will be a Knick.

It is very likely that the Knicks and Amare' will agree to a buy out and allow Amare' to move on to a contender seeking a ring before he retires from the league.

Many people in this city are still hopeful that embracing losing in hopes for more ping pong balls and Jackson's questionable trades thus far will lead them to the promise land. If not, I can see James Dolan writing nasty emails to Phil Jackson instead of diehard fans who question his ability to manage the Knicks simply based upon his membership in the lucky sperm club.

However you slice it you Knicks fans have endured a lot but brace yourselves because you have about four more years of this before things begin to turn around.