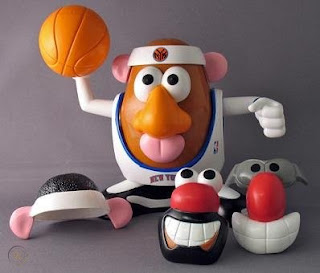 The stupidity never ceases with this franchise. Even with all the new hires and the global pandemic. These losers still come up short on purpose.

Larry Brown Sports reported on a tweet released by Ian Begley at SportsNet New York, https://twitter.com/IanBegley/status/1268571639207407616, that Mike Woodson is being included on the list of coaches interviewing for the Knicks head coach position.

Why they, the Knicks, would want Mr. Potato Head back at MSG shooting himself in the foot again is beyond me. That's their problem. What gets me, and why I am so happy I no longer have any feelings for this franchise, is why Mark Jackson, Jason Kidd and Patrick Ewing are not being considered. This is clearly a case of this organization failing to do its due diligence. Nothing ever changes.

You can argue that Patrick has no experience being a head coach in the NBA but that is his only knock. All three of the guys I named have a history with this franchise as players, ties to New York City and all still want to see the Knicks do well. In addition to being great coaches these are guys young players and top tier veterans know and can relate to.

But no, the Knicks are interviewing a man who KD and Kyrie Irving have already told the rest of the league that he is not qualified to take a team to the next level and a former Knicks coach who also left in disgrace. Why to go MSG.

Teams aren't even playing and the Knicks lose again in June. Unbelievable.