My money is on Boston, who you got? 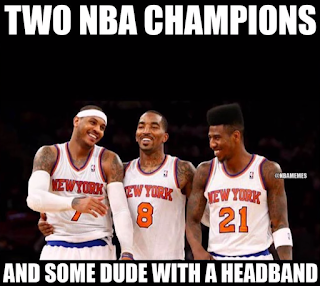 What do all these guys have in common?

They have all won NBA championship rings since Carmelo Anthony has been a Knick.

There are countless other players that have helped teams go deep into the playoffs once they departed Madison Square Garden.

These were all the bums that Carmelo Anthony apologists said were the bunch of nobodies that Anthony played with whom he could not pass the ball. Therefore Anthony was forced to take every possible selfish shot he could hoist up. 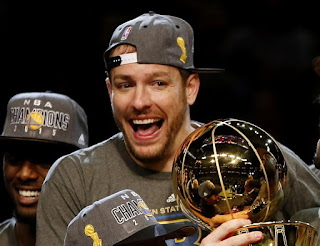 The former Knicks who won rings in Cleveland and Golden State weren't mere bench warmers. All those guys played significant minutes and were on the floor during crunch time.

Whether it was setting picks, slashing to the basket, getting tough rebounds or hitting a big shot they played to the level of the superstar of their respective teams.

Anthony was never a star on the level of Lebron or Curry in spite of all the cheer leading that came from media types such as Alan Hahn and Bill Daughtry. 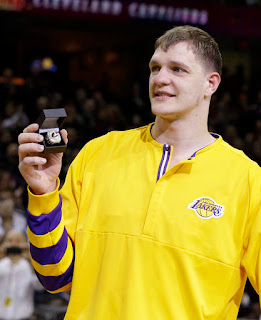 The Knicks were fooled by Masai Ujiri to give up countless draft picks take on massive contracts from washed up players like Chauncey Billups and completely gut the morale from the franchise.

Ujiri almost suckered the Knicks into a similar deal in 2013 for the Raptors troubled point guard Kyle Lowry who finished this season as the back up point guard and is now a free agent. That deal would have cost the Knicks multiple players and the first round pick in the 2018 draft. 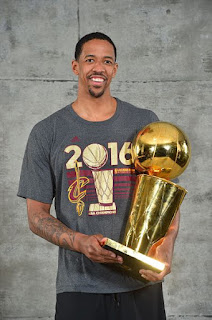 But the wiser Jim Dolan whose anus was still sore from the Melo deal jumped in and squashed the Jedi Mind Trick.

Just think how big that draft pick is going to be after the coming season. And they can sign Lowry for a bag of peanuts if they want him.

I said all that to get to this point. Who will Kristaps Porzingis be playing for when he wins a championship ring before Carmelo's contract expires?

My money is on Boston, who you got?